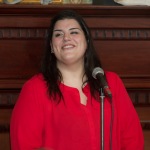 Cupid’s arrow strikes again and again and again! Three Spokespeople stories in one podcast, you ask? Yes! This week, we bring you tales of dating a man with a Roger Rabbit room, a movie date gone awry, and one love-inspiring poster.

About the storytellers
Yasmin Vahdatpour is a graphic designer and photographer who is inordinately curious. She has a knack for striking up long chats with strangers, reading body language a little too well, and is currently

debating about her next step.

Michael Capozzola is a local stand up comedian/comedy writer. He’s contributed to a lot of local and national events and publications, including TED Talks, The Bold Italic, The San Francisco Chronicle, National Lampoon, The New York Times, and McSweeney’s (to name a few). He has also as told stories at many of the Bay Area storytelling events. 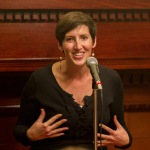 Zoe Lehman is a glitter enthusiast, a public health worker bee, a glutton for sunshine and lover of stories. She can almost always be found with or in pursuit of a cup of tea.