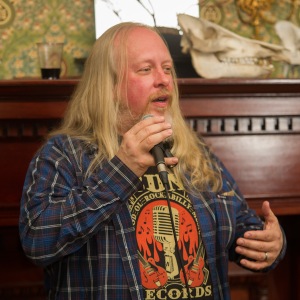 A fortuitous concert and an inconvenient illness led a man and some diapers to live nappily ever after. This story was told live at our April 2015 show, “Smoke & Mirrors.”

Lance Eason grew up in Redwood City, which is about 30 miles geographically and 100 light years philosophically from his current and true spiritual home of San Francisco.